I’m a cancer survivor and attend a weekly support group. It’s meant to help me deal with the fear of my cancer returning, but last week’s session had the opposite effect on me. One of the members brought a documentary for us to watch. It said that root canal treatments lead to cancer. The only safe solution to an infected tooth is to have the tooth extracted. Is this the new standard? I did have a root canal treatment over ten years ago. Could that have led to my cancer? Do you think still having the tooth puts me at risk for a recurrence? It also said that holistic dentists will not perform root canal treatments and it is better to see that type of dentist. Would I have prevented my cancer by seeing a holistic dentist? 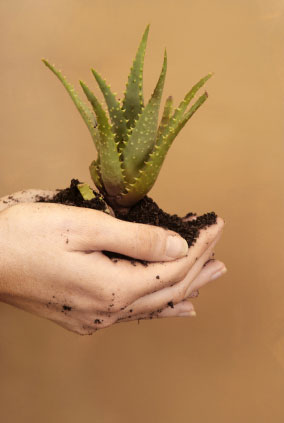 The first thing I want to do is put your mind at ease. The research this documentary was likely based on is faulty. Most of the myths surrounding root canal treatments and cancer stemmed from a single researcher’s work, Weston Price. Not only was his experiment flawed because of poor controls and a non-sterile environment, but no one has been able to duplicate his results. In the science universe, an experiment’s results must be duplicatable by independent researchers to show that it wasn’t a fluke where other factors were at play.

One of the claims is that having a root canal treatment leaves bacteria in your body. There are two problems with this theory. First, there is ALWAYS bacteria in our bodies, even when we’ve had a tooth extracted. These small amounts of bacteria build up our immune system. Without that exposure, the first time we encountered an illness we’d die because our system was unprepared to fight it off. Second, when you get a root canal done, it requires the canals to be cleaned off, sterilized, and sealed. The tooth is healthier at that point than it has been in many years.

Most Holistic dentists actually will perform a root canal treatment, because it is almost always better to save a tooth than lose it. There are a few fringe dentists who will extract teeth instead, but they are most certainly not in the majority, even among their biological dentist peers.

One thing to consider is what you’d do after the tooth was extracted. Are you going to leave the space empty? Depending on where it is, you may find it becomes difficult to eat and/or self-conscious when you smile. Another thing to consider is the adjacent teeth will shift or tip into the open area, which could lead to TMJ disorder. People who suffer from TMJ are in a lot of pain.

Your other option is to replace the tooth. will you do that with dental implants? A dental bridge? A removable partial denture? All of those have risks and downsides.

I want to assure you the root canal treatment did not cause your cancer, nor will it put you at risk of your cancer returning.

This blog is brought to you by Des Moines Dentist Dr. Phelan Thomas.